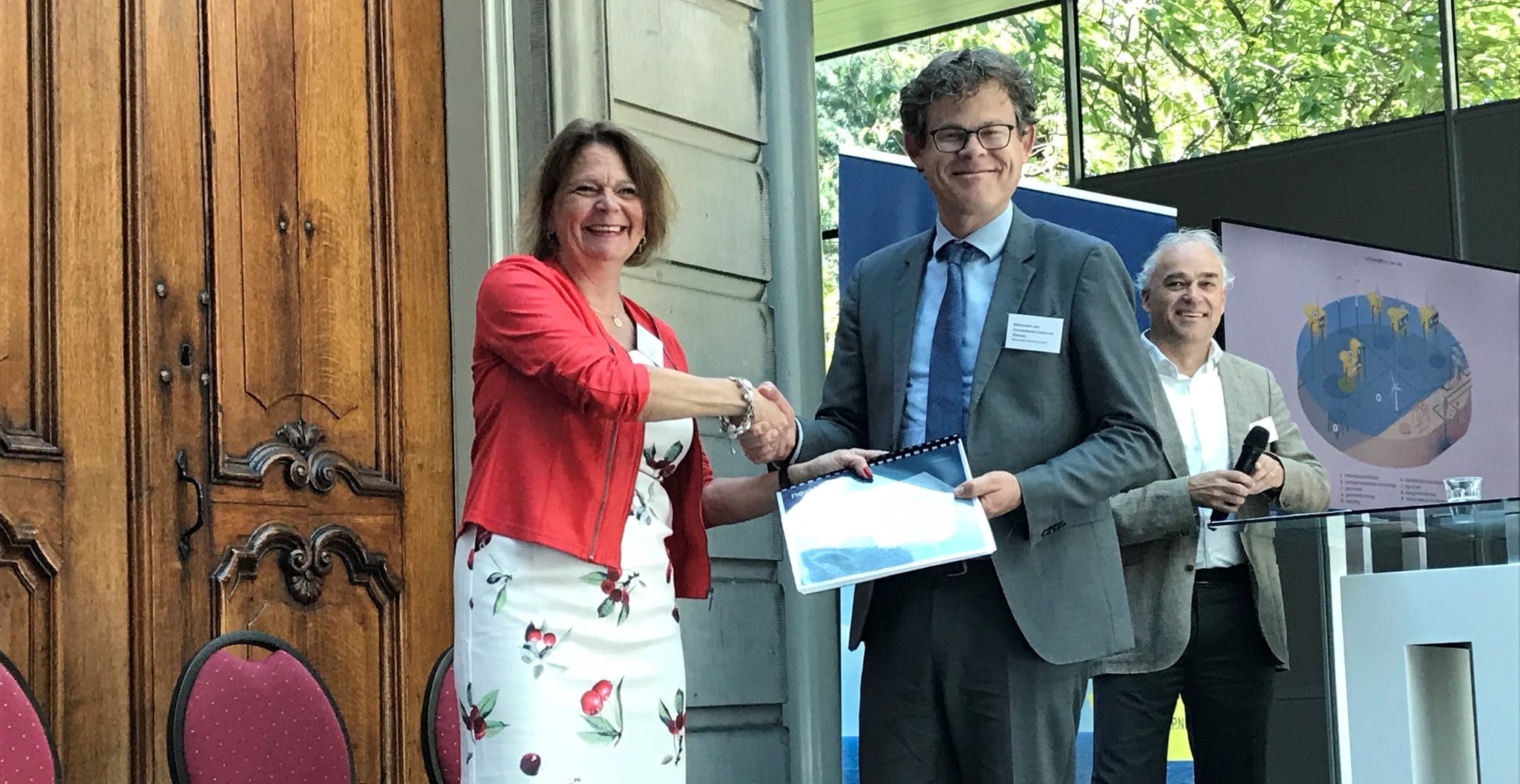 Nexstep presented its first Re-use and Decommissioning Report on Thursday, July 5th in The Hague. Based on data from the oil and gas producers in the Netherlands, this report indicates when the infrastructure and installations become available for decommissioning. In addition, we also look at the possibility of using this infrastructure and installations for the energy transition. Nexstep prioritized four possibilities: electrification, production of hydrogen, CO₂ storage and Geothermal.

During the event, which was organized jointly with the IRO, Jacqueline Vaessen, General Manager of Nexstep, explained the main conclusions from the report:

“Operators expect that over half of all wells, platforms and installations will be dismantled in the next ten years. Now is the time to consider which types of re-use have the most potential and which infrastructure can be used for this purpose. Because the accelerated dismantling threatens to remove infrastructure that can be re-used in the future for the storage and transport of sustainable energy.

“ The data clearly shows that by 2025 there will be a considerable peak in the amount of infrastructure and installations that will be available for decommissioning. “We want to smooth out the peak through good cooperation. Coordinating this collaboration is one of the most important goals of Nexstep “. Thus Vaessen.

The report was received by Meindert Smallenbroek on behalf of the Ministry of Economic Affairs and Climate. There was also an animated discussion with Pieter van Oord on behalf of the IRO, Jan Willem van Hoogstraten from EBN, Rene Peters from TNO and Jo Peters from NOGEPA.

Jacqueline Vaessen concluded with a call to all those present to enter into a dialogue with Nexstep: “Collaboration is crucial.”